The Baloch National Movement condemns the abduction of Fazeela Baloch wife of the popular Baloch nationalist leader, Doctor Allah Nazar with their four year old adopted daughter Popal and companions Bibi Salma daughter of Raheem Dad along with her one and half years old son Irfan, Ayal daughter of Ameen along with her two year old daughter Zeheerag and Gohwar Jan daughter of Ghulam Qadir from Quetta City's Saryab area by Pakistan's ill-famed secret service, the ISI, alleged 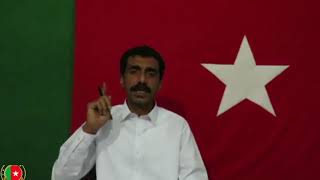 Education is a threat for occupying states: Khalil Baloch

Baloch National Movement chairman, Khalil Baloch condemned police violence on Baloch and Pashto students in Islamabad, saying that, this is what is being done with Baloch, Sindhis and Pashtuns, by Pakistan. Education institutions in Balochistan have been transfomed into military camps and there is an undeclared ban on education. Including Pakistani army the religious extremists on Pakistani army’s patronage are also active against modern education in Balochistan and many scho

Baloch National Movement central spokesperson paid richest tributes to Nisar Ahmed Baloch and Muneer Ahmed Baloch and said, Pakistani forces in two different operations in Mastung and Dasht abducted two of our senior members and killed them within moments and as usual claimed it to have been killed them in an encouter, which is against the fact. Just like BNM Secretary General Dr. Mannan Baloch who was on organizational visit in Mastung and Pakistan army killed him inside a h

Chairman Baloch National Movement, Khalil Baloch, addressing the Baloch nation in a video message on the occasion of the Baloch Martyrs' Day, observed on November 13 every year. 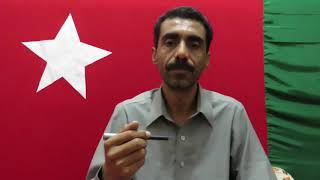 Press Conference Draft by Nabi Bakhsh Baloch Punhal Sario, Convenor, Voice for Missing Persons of Sindh, was abducted on August 3, 2017 from Hyderabad, Sindh by the Pakistani Inter-Services Intelligence (ISI) personnel and disappeared without a trace. His fate and whereabouts remain unknown. He is at grave risk of torture, ill-treatment, and even death. On behalf of the people of Balochistan and my affiliated political organization, the Baloch National Movement (BNM) I would

Baloch national movement's central spokesperson commenting on Justice Javed's statement, said, this statement proves that along with Pakistan army and other institutions, judiciary is also doing its part in Baloch genocide. The head of so-called commission of human rights Javed Iqbal by declaring the Baloch missing persons being only 15 is aimed to falsify Baloch political organizations, human rights organizations and their representatives. This expresses his hatred toward Ba

UN seems unable to protect the rights of the oppressed nations. Khalil Baloch

Khalil Baloch, the chairman of the Baloch National Movement, criticizing United Nations, said in a statement in the media that Baloch and other nations hoping a better future, warmly welcomed the newly elected UN Secretary General but the hopes are going to break. The UN seems unable to protect the rights of the oppressed nations. How Pakistan is treating Baloch nation since 69 years is indescrible. Obviously it is a heartrending news to choose Pakistan as member of human rig

SEOUL: A protest demonstration was held in Bosan city of South Korea to press on Pakistan over its military brutality in Balochistan targeting innocent civilians. Protesters, including women and children, chanted slogans against Pakistani barbarism and distributed awareness pamphlets calling out action against Pakistani authorities for Balochistan war crimes. BNM South Korea's President Mr Naseer Baloch spoke about ongoing 7 decades of atrocities and the trend of nourishing J

Killing of a Baloch woman in Sibi is continuation of Pakistan’s barbaric acts and a war crime. BNM

BNM held demonstrations in Germany and the Netherlands on the occasion of World Human Rights Day:

Killing of a Baloch woman in Sibi is continuation of Pakistan’s barbaric acts and a war crime. BNM