Army forces people to cast vote. This is insult to the democratic norms. Khalil Baloch

Baloch National Movement’s Chairman Khalil Baloch expressed his view point regarding the so called 25th July 2018 election in Balochistan. He said, election is a democratic process that is dependent upon the choice of people, either to cast their vote or stay away from electoral process; However, Pakistan Army intimidated Baloch nation, and forced them to cast their votes at gunpoint. This is a stark insult to the democratic norms. He added, Pakistan has once again failed in

We condemn the army raid on houses of Qambar and his relatives. BNM

Baloch National Movement’s Central spokesman condemned the army raid on Baloch prominent leader Wahid Qamber’s and his relative’s houses. The security forces raided and took all valuables from the houses. The central spokesman reiterated that state of Pakistan and its army are violating human rights by harassing, arresting and killing the relatives of the Baloch national leaders. He stated that this was a continuous policy of collective punishment against Baloch leaders. In t

Slogan for election and development are intrigues to strengthen the slavery of the nation. BNM

Baloch National Movement Central Spokesman said the so-called elections are approaching, and with every passing day Pakistan’s atrocities on Baloch nation is exacerbating. Hundreds of people are going missing on daily basis, after inhuman tortures they are released on the condition that they would cast their vote in the upcoming election; in fact, they are ordered to whom cast their vote on Election Day. After facing humiliation in the last election in Balochistan, this time 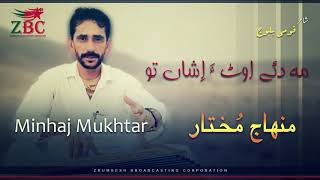 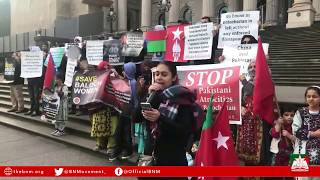 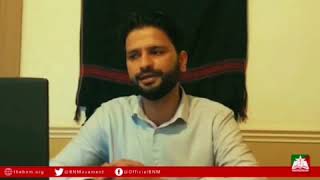 Baloch National Movement's Central Information Secretary Dil Murad Baloch issued the monthly report for the month of June 2018. He said that the Pakistan Army carried out 64 operations, 70 houses were looted, 109 men and women were whisked away during military operations, 200 houses were ablazed in the same month. Several women were abducted and they were physically and psychologically tortured in army camps. On 4th June, Shahzia Qadir Bakhsh, Nazia Qadir Bakhsh, Shahgul Khu

Baloch National Movement demonstrated in Australian city Melbourne against human rights violations and the sexual harassment of Baloch women by Pakistan Army. A number of women also participated in the demonstration before State Assembly in Australian city. Pushtun, Sindhi and Hazara political workers were also present in solidarity with the Baloch activists. The protestor were holding banners and placards with slogan against Pakistan and its army, protection for Baloch women

Last month in Balochistan, 55 people forcibly disappeared and 5 were killed by Pakistani Forces

Balochistan is in the grip of atrocities and environmental change-Dr. Naseem Baloch